You are here: Home / Air Taxi / Are You A Commercial Pilot? Learn About The Air-Taxi Business Opportunity With This Great Infographic 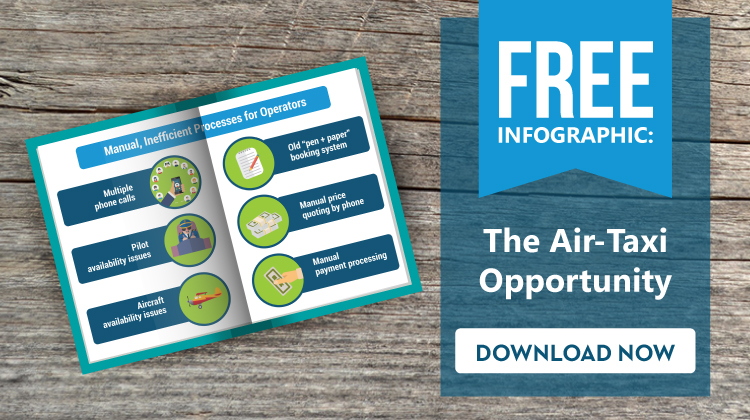 You got your private pilot license.

You’ve dreamed of flying airplanes since you were a kid.

You flew a few cross-country’s and loved the feeling of touching down at your destination. There’s something special about that, isn’t there?

So, like many, you decided you want to make a career out of the thing you love.

You upgrade your license to commercial, get your IFR certificate, and plan to start applying to airlines.

What do you find?

Airlines that claim that they want 1500 hours of flight time, but realistically you’ll need closer to 3000.

That is a long way away considering you’ve only got 250.

And even if you did get hired, you’re probably going to work for a regional airline with a starting salary of a little more than $21,000 per year-about $40,000 lower than the same job at Delta and United, according to the Airline Pilots Association, the largest U.S. pilot union.

Maybe you’re looking for a better opportunity than a low-paying airline?

Maybe you want to be your own boss?

Maybe it’s a better idea to focus on the future of air travel?

If Airbus have already begun creating their concept aircraft, and UBER has written a 97 page PDF on the opportunity, I think it’s safe to say on-demand regional air travel is in our future.

So, do you take the traditional airway, build your hours, spend thousands of dollars doing so, make little money, and only enjoy a good salary at the END of your career?

Or do you grab the controls and fly your own airway, spend more time with your family, and have choice in your life doing the thing you love?

With the average air-taxi flight costing $2500.00, it doesn’t take many flights to match the starting salary of a regional airline first officer.

Now, you’re probably asking yourself, “how can I possibly afford to buy an aircraft and start my own air-taxi business?”

Well, when you factor in the cost of building your hours, whether through time instructing others, or just hard earned cash, you’re probably in the same ball park of a Cessna 172, and that’s all you really need to get started.

Plus, there are tons of ways you can lower your cost of plane ownership.

We’ve created a great infographic for you below that highlights some important facts about the air-taxi industry.

Check it out below and let us know your thoughts.

Embed This Image On Your Site (copy code below):