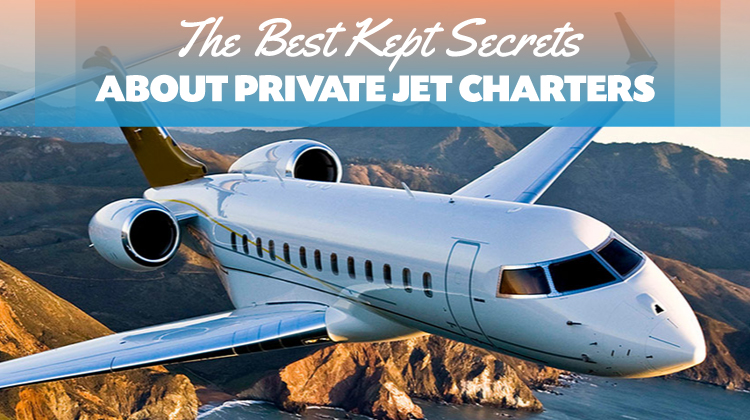 Most people already have a notion of what it’s like to fly in a private jet; the mere mention of it conjures up images of celebrities and business bigwigs arriving in style. But what’s it really like to get chartered around, and how is it so much better than first class? Below we look at the things that make private flight special.

1. The luxury begins well before takeoff.

Even when you fly first class, you’re still at the mercy of the airport: long queues, crowds, tedious inspections, and long waits on the tarmac can still put a damper on what should be a highly pleasant experience. Not the case with most charter flights, which let you depart from and land at much smaller, less crowded airports. You’ll never have to worry about losing your luggage, either.

2. Some of the amenities are truly opulent – and highly expensive.

The comforts of a private jet go far beyond the plush, spacious seating that everyone associates it with; some private jets are like posh hotel rooms with their creature comforts. For one, you can forget about the cramped bathrooms on commercial planes; private jets can have their own full-size bathroom with a spacious shower and bathtub. In for a long overseas flight? Then just retreat into your master bedroom. Feeling a little peckish? Send a request into the full-size kitchen (with a private chef on standby, of course).

3. Your food and beverage wishes are the crew’s command.

Tales of food requests on private flights range from the extravagant to the bizarre; caviar first thing in the morning and the rarest wines money could buy, specially-ordered dishes from Michelin-starred chefs, some highly unusual junk food requests – you name it. The bottom line is, if the clients want it, the crew will do everything in their power to serve it.

On one occasion, a passenger wanted a birthday cake complete with candles. Doesn’t sound like a difficult request, until you consider that open flames aren’t allowed on board unless a fireman is present. So… they brought a fireman along on the flight specifically for that purpose.

4. ‘Private’ is the keyword for certain guests.

It’s not all about extravagance and arriving in style, though. For some individuals who choose to fly privately, it’s precisely the word ‘private’ that makes the difference. After all, even when you fly first class, you’d still think twice about discussing highly sensitive business deals lest someone overhears. Not the case on a private flight, where the only other passengers are the ones you’ve agreed to fly with. Some of the most critical, top-secret business deals can be discussed with no concerns about privacy.
It’s also an excellent option for those who want to keep a low profile about their trips; you can set off for your destination without having to worry about being spotted at the airport by crowds, or the media broadcasting the details of your trip to the public.