You are here: Home / Archives for Ilyushin IL86 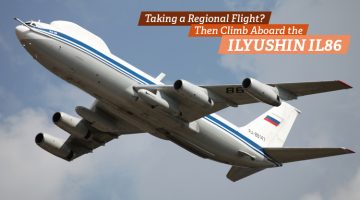 Get to your destination fast and hop on board the Ilyushin IL86. This Russian-made aircraft is known for its four-engine capacity hence it can fly faster than most wide-bodied airliners. Since its first flight in 1976, over a hundred Ilyushin IL86 planes have already been produced and these were mostly flown for military services. Various commercial, airline companies also … END_OF_DOCUMENT_TOKEN_TO_BE_REPLACED