You are here: Home / Archives for gumball rally 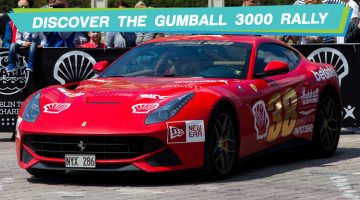 The Gumball 3000 is a yearly 3,000-mile international celebrity automobile race on public roads. The annual road rally was founded by Maximillion Cooper in London, England in 1999. Cooper wanted to create an event that would include cars, entertainment, fashion, and music. The First Gumball 3000 It all began with a party at London’s popular Blue Bird Club. Celebrities such as … END_OF_DOCUMENT_TOKEN_TO_BE_REPLACED