You are here: Home / Aircraft / Soar Faster and Better with the Super King Air BE300 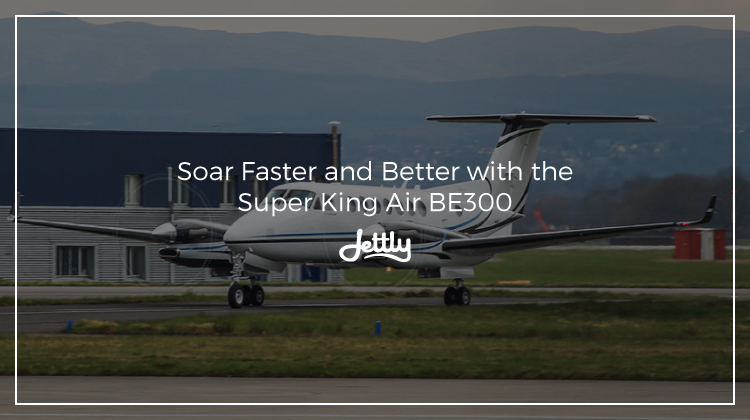 The history of the Super King Air BE300 is an interesting one. A good portion of its origins can be attributed to new FAA certification criteria in the 1980s, which allowed for the construction of “regional jets for sale” as long as they were based on an “existing type certificate,” according to AvBuyer. Such aircraft can then be used for private or business aviation means.

Thus, in 1983, Beech developed a new aircraft that had the frame of the B200, along with better engines and a pilot cowl taken from the earlier F90-1 and C90A models. The result was an aircraft that was faster and heavier than the previous B200. Since then, however, the designed was improved further to have a more massive carrying load and better performance efficiency.

That said, let’s take a look further at what the BE300 has to offer:

Making the best out of the best

In our previous feature of the Super King BE200, we noted that it helped proliferate corporate travel with its spacious cabin and engine performance. Because it proved so popular, a successor was quickly put in production—and with the new FAA criteria, there came more opportunities for the new craft.

As mentioned previously, the BE300 made use of the previous B200 airframe. The BE300 then steps up further by refining the B200 frame and adding more powerful engines, altogether adding on to an already stable aircraft. In particular, the plane features a version of the Pratt & Whitney Canada PT6A-60A used in the B200 with an increased maximum takeoff weight (MTOW) of 6,300 kg. 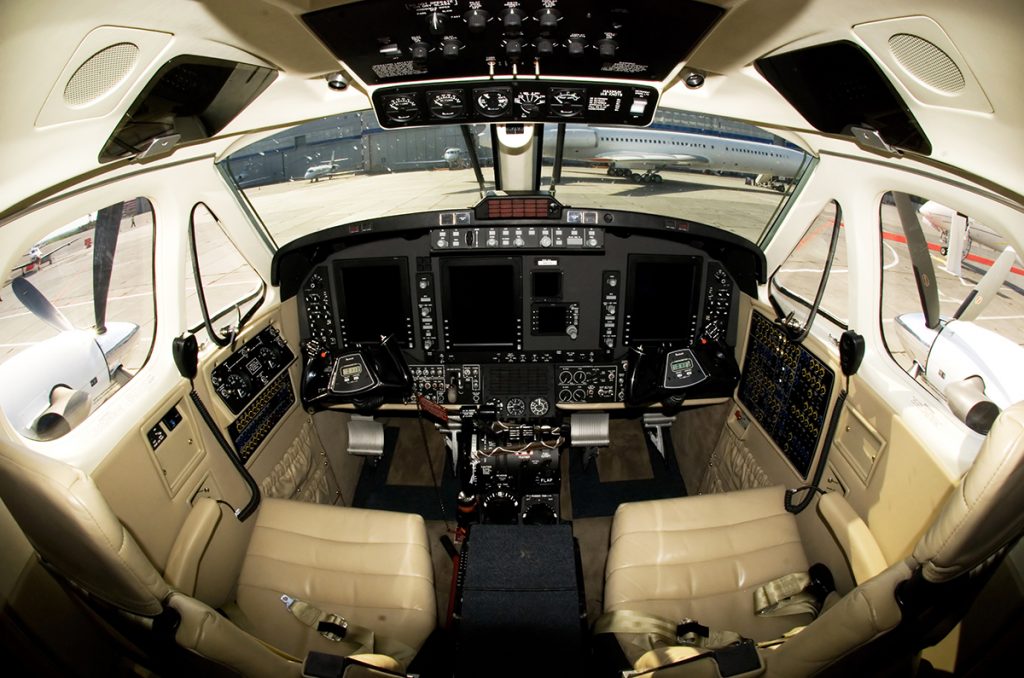 A benchmark for further improvements

In the years that followed, the Super King Air BE300 would undergo more improvements in its succeeding iterations, each moving forward in its refinement and performance.  The fuselage would be stretched by around 3 ft, and extra cabin windows would be added, allowing for more light into the aircraft. MTOW would also increase by 400 kg, bringing it at a total of 6,750 kg. Winglets would also be added at the wingtips for more aerodynamic performance.

The 90s would also see more improvement for the aircraft, as a large cargo door would be installed and an active noise canceling system—care of Elliott Aviation—would mark the rest of the BE300 family, as mentioned by KingAirNation. Then, in 2003, the announcement that all future models of the BE300 would come with an avionics suite from Rockwell Collins, mainly their Pro Line 21.

The MTOW would eventually increase further in newer iterations in order to accommodate surveillance equipment. And in 2008, the release of the King Air 350i—the line’s latest offering—would then improve on the passenger side of things further as it offered more convenience and entertainments options like a hi-def monitor, dimming lights, USB ports, and lower noise levels.

See the BE300 for yourself

In the end, the easiest way to tell how well something flies is to experience it yourself. And fortunately for you, we’ve got it on our fleet. Submit a flight request now to see everything it has to offer.