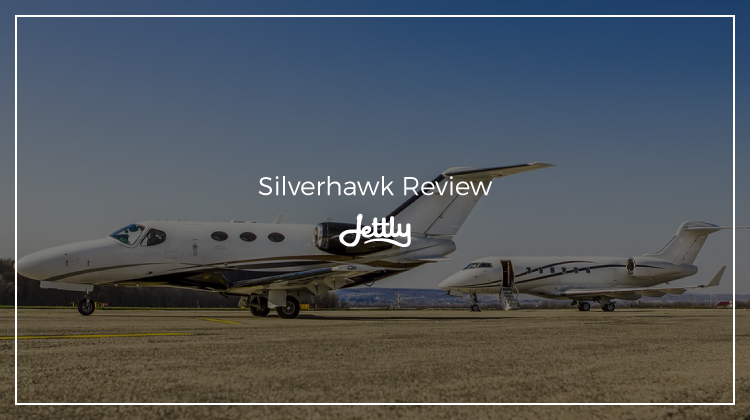 For those flying to and from Nebraska, one might be familiar with Silverhawk Aviation®, particularly its charter operations. And it is quite exciting to see how much it had grown in recent years, considering that more than 25 years ago, the company started out with a single pilot and aircraft. After all, the company was initially planned as a branch of founder Mike Weatherl’s security business, the Silverhawk Security Specialists. As Weatherl flew out often as part of the work, it eventually became clear that something could come out of these regular flights. And thus, Silverhawk Aviation was born.

But despite the limited resources at the time, Silverhawk continued to press on, eventually expanding its services from its base in Seward Municipal Airport to the Crete Municipal Airport. Bryan Heart, a leading cardiac center within Lincoln, was notably Silverhawk’s first client, as the institute made use of the service to ship out equipment and see patients around its other branches. And as the company continued to grow, it eventually made its home in Lincoln Airport, where it would base itself for the past 20 years.

Eventually, Silverhawk would find itself undergoing various acquisitions and purchases over the years. The first was in 2001, where it was sold to Nancy and Don Allen. The Allens would also acquire Capitol Aviation, which was eventually consolidated into Silverhawk. And five years later the duo would sell the company to the Gillum Group, at which Weatherl would come in again as a shareholder.

Nowadays, the company has been in good shape, having bounced back after their losses during the Recession. From one aircraft, Silverhawk’s fleet has grown into 13 airplanes. Its home in Lincoln has also seen upgrades over the years—AIN notes that the facilities were repaired by the FBO after a disastrous tornado back in the 90s, and in 2007 the two-story terminal was renovated into the swanky lounge it is today. And it all seems upwards from here.

Today, however, we’ll be examining the company’s jet card service, which is a relatively newer than the others we had reviewed recently. Announced during Silverhawk’s 25th anniversary, the Silverhawk Jet Card program looks to offer “exclusive access to the industry’s best rates and private travel” among other things, according to the Lincoln Journal Star. But how good is it? We look into it further.

As usual, we’ll be reviewing it according to the following aspects:

The Silverhawk Jet Card is a mix of both categories, as you’ll need to make a minimum deposit of $100,000.00 from which the flight hour rates will be deducted from. At the same time,  the prices depend on the type of aircraft you’ll be using, as well as whether you’ll be taking a one-way or roundtrip. Currently, they have three categories within their roster:

As mentioned above, the pricing appears to depend on two factors: 1) the type of aircraft, and 2) whether it’s one-way or roundtrip. Below is a quick rundown of their pricing from the site:

(*Note: For King Air flights, you get a 10% discount on SRP for live and empty legs, as well as crew rates.)

As with other jet card providers, pricing for one-way flights are substantially higher than roundtrip tickets and only apply to the live leg of the trip. If you do decide to take a one-way, however, you’re free of any overnight or wait time charge. Roundtrip flights, on the other hand, do have overnight and wait time, but you’ll be entitled to a 25% discount.

On the company site, Silverhawk’s newest offering boasts of the following promises: “no membership fees, no fuel surcharges, no expiration date, and no hidden fees.” And for the most part, it does well on them. There’s no need to pay a membership fee nor a fuel surcharge. You might, however, need to clarify about the payment for empty legs for one-way trips, and you’ll probably have to pay FET and crew fees, among others.

Nonetheless, Silverhawk’s jet card program offers quite the perks, including:

Despite being a relatively young jet card program, the Silverhawk Jet Card nonetheless holds a lot of promise, especially with all the perks and discounts it has to offer. But as its primary service area focuses on the Midwest, you might be able to get more benefits from the program if this is where you are located.

Disclaimer: Jettly is in no way affiliated with Silverhawk. Silverhawk is a registered trademark of Silverhawk Aviation.