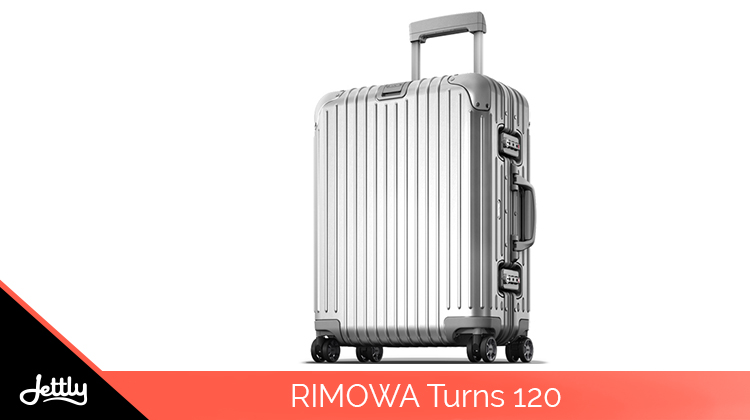 The perfect luggage is not something you could come across on the fly. Far from the dense fabric bags or oversized duffel, the ideal luggage must both be capable of handling large quantities of baggage while maintaining a semblance of elegance and durability. It’s the type you can take both on business and leisure trips, while still looking stylish either way.

That said, not every luggage-making company reaches this golden mean, often having to sacrifice one aspect to prop up the other. Only some companies are able to reach this peak, and even fewer are able to enjoy a long tenure in the business. And as it celebrates its 120th anniversary this year, German manufacturer RIMOWA is part of the staid few, with its significant contributions to the industry. So how is the company celebrating its well-deserved longevity? Let’s find out:

A year of collaborations and milestones

Without a doubt, much of the reason why RIMOWA has stayed in the industry for so long is the quality of its creations, such as its aluminum suitcases. As a matter of fact, some of its products have become icons in themselves.

Beyond its new offerings, the brand itself is also ramping up its look—showcasing the company’s direction in all aspects. This includes a new logo, monogram, and packaging, which is both simple yet sturdy in appearance.

In a Facebook post, the company notes that the rebrand looks to “[provide] a timeless foundation” for the company’s future, while “honoring [their] rich heritage.” Here are a few ways the company does its best to achieve this:

Flaunt your RIMOWA purchases on an equally luxurious trip

If you’ve decided to join the festivities and buy a RIMOWA bag yourself, might as well make the most of it. Take your purchase to your favorite luxury places with Jettly, where you can find yourself on a world-class flight of your liking. Submit a flight request now.