You are here: Home / Private Jet / Racing Through the Skies Aboard the Ultra-Agile Cirrus SF50 Vision Jet 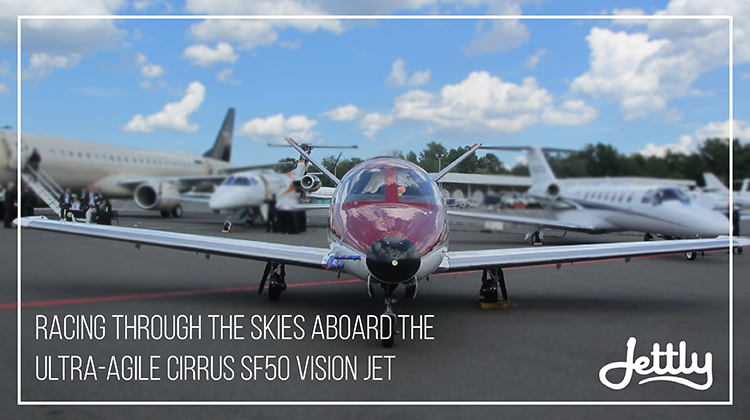 For many disgruntled air passengers, the idea of jetting off to one’s needed destination and avoiding the long lines, bureaucracy, and slow travel times of conventional air travel has been a longstanding dream. And for the longest time, it has remained so.

That said, it is no surprise to see that when news of the Cirrus SF50 Vision Jet broke – the first single-engine jet approved by the Federal Aviation Administration (FAA) in the market – over 600 people had come to place their orders over the years. As a light and affordable single-pilot jet, the SF50 looks to bridge the gap between pilot and owner, making the dream of fast personal travel closer to reach. 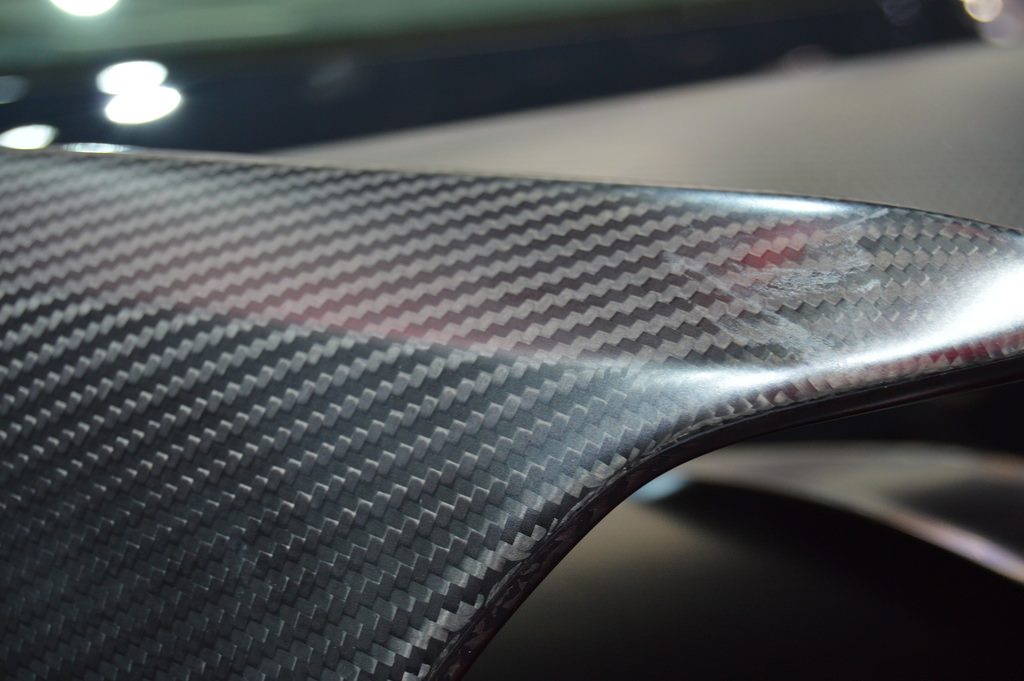 What makes it so light and affordable?

Unlike most conventional jets, the SF50 continues the Cirrus tradition of being created from carbon fiber instead of aluminum. The carbon fiber makes the jet more lightweight than its contemporaries when it comes to composition. But how is this so? Here are a few reasons: 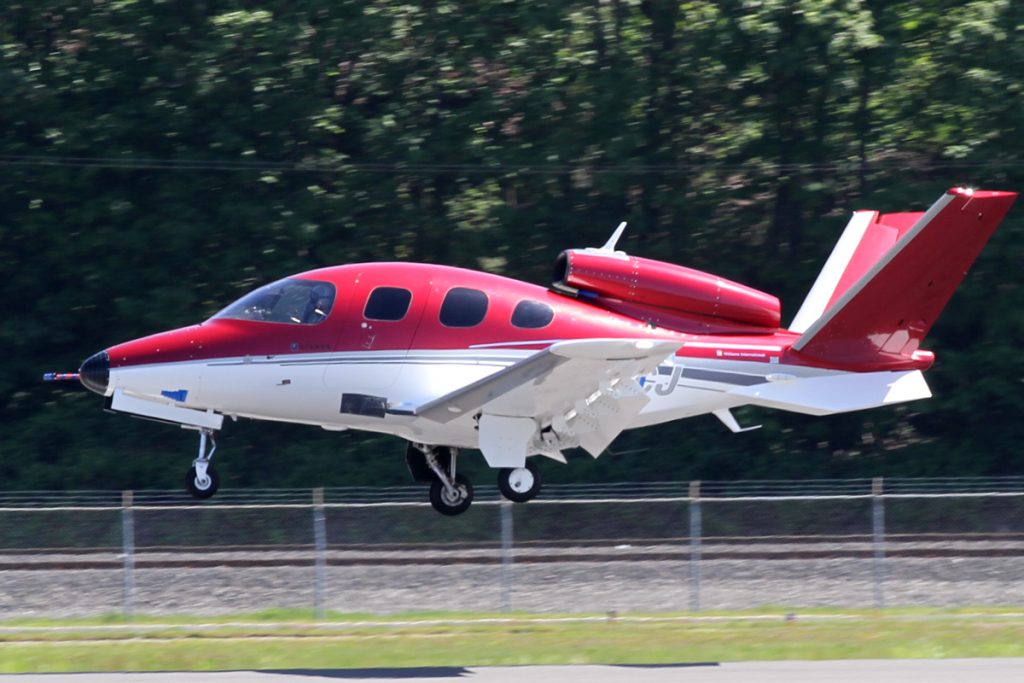 How fast can it go?

That said, the SF50 is known as the fastest single-engine business jet on the market for its kind and price range. For previous owners of the Cirrus SR22, the performance of the SF50 are a considerable upgrade. While the SF50 is considerably more sizable than the SR22, it is also swifter, clocking at 300 KTAS max cruise speed versus the SR22’s 183 KTAS. Purportedly, it can go even faster – a review of the jet by AOPA notes that on optimal conditions, the SF50 can go even beyond 300 knots routinely. Nonetheless, while the jet’s overhead engine boasts of approximately 1,800 pounds of thrust, its single-engine status ensures no excessively jerky movements during take-off.

But while it runs at a considerably quick pace, the SF50 is quite nimble when it comes to shifting speed. Business Jet Traveler notes that one can go from the maximum cruise speed to approach speed in under a minute by slowing down to 210 knots and extending the landing gear, while dropping the rest of the flaps at 190 and 150 knots, respectively. And one needn’t worry about the landing itself – many have praised the jet’s trailing link landing gear for its ability to round out even the most rookie of touchdowns. 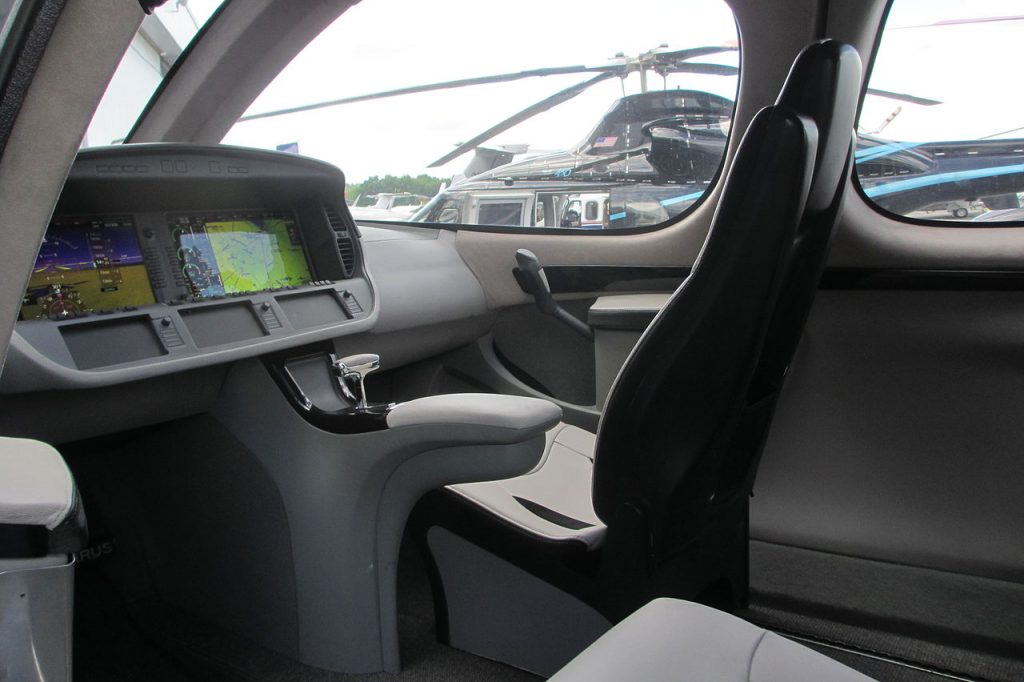 How comfortable is it?

While speed may be what some business jet owners look for in a purchase, equally important is the sense of comfort and ease expected of the private jet experience. Fortunately, the SF50 has no lack of it.

Book a flight with the Cirrus SF50 Vision Jet

Itching to try out the SF50 yourself? At Jettly, you can do just that. With a selection of chartered private flights and over 10,000 aircraft around the world to choose from, you can experience the magic and luxury of a well-tailored trip at the touch of a button. Submit a flight request now.