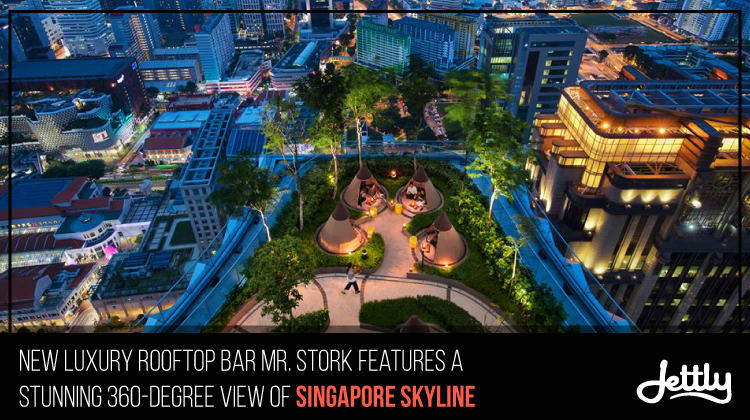 At 39 floors above the city of Singapore, Mr. Stork might seem like a daunting concept to some, perhaps even prompting non-acrophobes into becoming one. But it is at this height that you can find a show-all view of the Singapore skyline, one that Mr. Stork understands and flaunts unabashedly.

In the daytime, one can look upon the tall structures of the city and glimpses of the Kampong Glam precinct, the historic cultural center where the rooftop bar is located. It is at night, however, when the area comes alive, with the lights from surrounding buildings providing a truly unique evening sight.

That said, if you’re looking to make a reservation, here are a few suggestions to help amp up the experience. 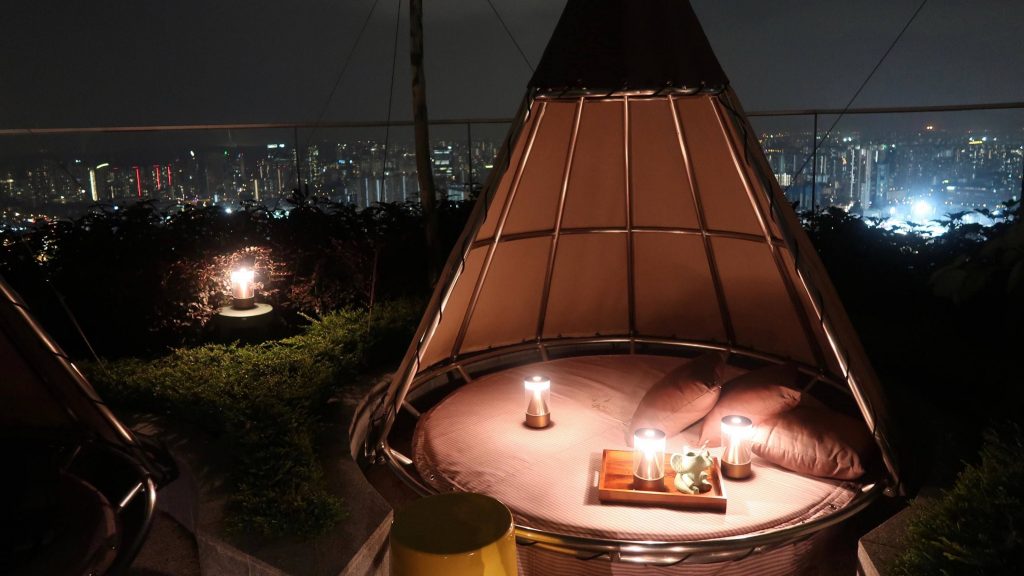 Sip drinks in your seat of choice

Located at the Andaz Singapore – the hotel upon which the bar sits, intricately designed by acclaimed architect Ole Scheeren – Mr. Stork is designed by architect André Fu, known for his work on The Upper House in Hong Kong and The Fullerton Bay Hotel in Singapore. The bar takes its name from the stork, the iconic bird seen in Singapore and other Asian cultures as good omens of prosperity. They’re also known for their propensity to build nests atop trees and other buildings. It’s both of these conceptions that informs much of Mr. Stork’s design: from its rooftop location to the swathes of botanical gardens that cross through it.

The circular bar also hosts an array of sitting options to choose from. More outgoing types could opt for the typical shaded tables near the bar’s edges, where you could gaze into a panoramic view of the sunset while chatting with friends. You could also choose to hit the bar, which serves a milieu of drinks and a few select appetizers. Otherwise, the area holds a number of private nooks where one can contemplate in peace among the foliage.

If you want the full experience at Mr. Stork, however, go for the teepees. They’re what the bar is known for, and for a good reason. The huts – meant to imitate the appearance of the stork baby carriers of legend – are fitted in with comfortable mattresses and some cushions to help willing customers unwind. For a truly atmospheric experience, however, try scoring a seat in one of the tents a little before dawn; you’ll be provided with a lamp that beautifully complements the glow of the setting sun and the emergence of the skyline lights.

Try out the fruity cocktails

In line with its organic, tropical design, Mr. Stork’s drinks menu weaves in touches of flora and fauna surrounding it. Their ultra-smooth Andaz Pale Ale, for instance, brings in a well-needed quencher perfect for the summer season. However, it is their selection of cocktails that is a must-try on the menu, inspired by the bar’s very own gardens.

Each signature cocktail is named after its main ingredient, signaling what to expect from every concoction. The Watermelon cocktail, for instance, blends in refreshing notes of lime, strawberry, and mint into the watermelon and gin mix. Ginger, on the other hand, mixes in citrus, lime, and mezcal, prompting a warm, wafting feeling down the throat after taking the first gulp. Breaking off from the menu’s naming tradition, however, is the Ruby – a mixture of lemon, ginger, mint, vermouth, and the Sri Lankan Ceylon arrack – served in an adorable elephant mug and hosting bright tinges of flavor that has made it a crowd favorite. 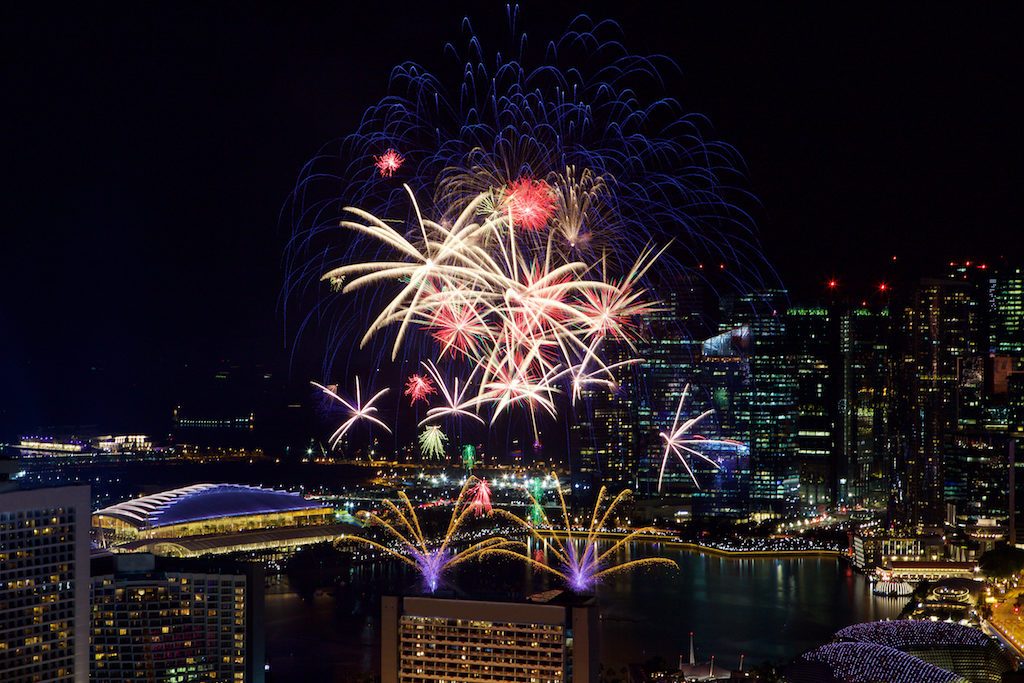 Make a reservation for New Year’s

As a new establishment, Mr. Stork has the advantage of being relatively obscure, known only to the most well-informed of circles. As such, you probably won’t run into stately crowds here for a while, so it’s best to make the most of it while the advantage lasts.

Since the bar offers a 360° view of the city, Mr. Stork provides the perfect vantage point for many a celebratory event. New Year’s Eve, in particular, holds a special place for the bar, as it hosts a New Year’s Countdown party on the 31st. There, guests are treated to a live DJ set as well as free-flowing wine and pale ale as the countdown commences, culminating in an explosive fireworks display come midnight that lights up the whole of Singapore. That said, it’s best to book in advance while the secret’s still in the bag.

Experience Mr. Stork for yourself

For a view of Singapore’s spectacular skyline, you no longer need to wait in line. At the airport, at least – with Jettly, you can book a trip with our selection of chartered flights without the high commission fees. Submit a flight request now.