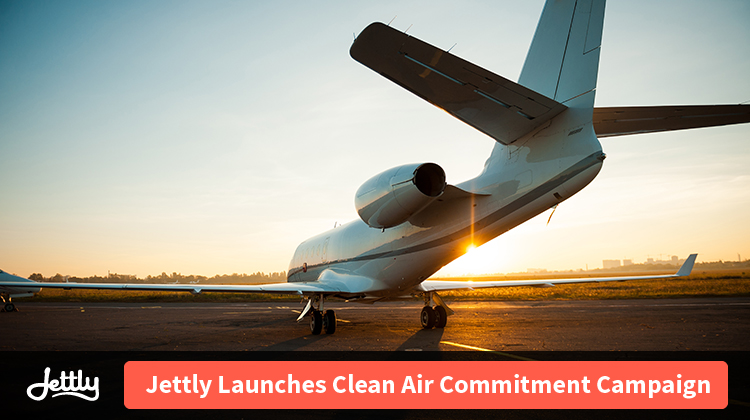 With Jettly.com passengers can enjoy a luxurious private jet charter while minimizing the impact on the environment

(Ontario, Canada) According to National Geographic News, people are more likely to die from exposure to plane exhaust’s toxic pollutants than in a plane crash. In the past few years, airplane crashes have resulted in a few thousand deaths annually, whereas emissions from planes kill about 10,000 people yearly. In the past, it was believed the only emissions harmful to people were the ones emitted when a plane was taking off or landing. New research has shown that unregulated emissions from planes flying over 3,000 feet were responsible for the majority of deaths.

In an effort to reduce the impact on the environment and avoid contributing to the air pollution epidemic, Jettly has renewed its dedication to clean flying by launching a clean air commitment campaign.

“In addition to utilizing technology to reduce the pollution of our planes such as turboprop engines and turbofan, we also donate $10 from each booked flight to the David Suzuki Foundation,” stated company representative Justin Crabbe. “The donations go toward the support of cleaner air and a cleaner environment while helping to offset the huge impact air travel has on the quality of air for individuals all around the world.”

Airplane exhaust is very similar to car exhaust and contains a multitude of air pollutants, including nitrogen oxides and sulfur dioxide. Most of the particles are minuscule, having a width that measures less than a hundred-millionths of an inch, which is less than the width of human hair. It’s this particulate matter that leads to the most health effects for humans, especially since it is common for the particulates to get wedged in the lungs and potentially the bloodstream.

Crabbe continued, “When you visit https://jettly.com, you can learn all about our commitment to being environmentally and socially responsible. We care about air quality and are taking active and smart steps to help offset the impact that we have through our charter flight company.”

The new clean air commitment from jettly.com is nothing new. This company has been dedicated to finding cleaner ways to fly since its inception and continues to take strides in the industry to clean up the air and reduce air travel’s environmental impact.

The team at Jettly believes that private jet charters should be three different things – luxurious, quick and simple. As a result, the company has made it their mission to deliver customers each of these things. Considered a leader in the private jet charter industry, Jettly offers web and mobile charter booking, along with end-to-end support.