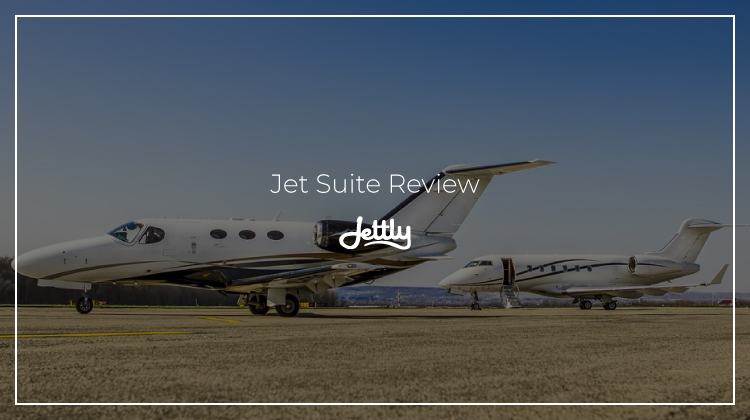 Within the past few years or so, private jet company JetSuite® has made leaps and bounds with its aviation services, from scoring a strategic investment from Qatar Airways to providing cheap routes to Vegas. And this year, the company plans to take it one step further with its new “growth campaign,” where it looks to take its brand and services to “an even more upscale audience,” according to Dallas News.

But for those familiar with the company knows that this is all part of the plan. Over its ten years in existence, JetSuite has consistently committed itself to provide a “meaningful alternative” to the current slate of aviation options, ultimately aiming to shake up the marketplace with its efficient yet low-cost options. And despite its rocky beginnings—JetSuite began in 2008, at a time when the whole world was reeling from an economic crisis—the company was finally able to weather the turbulence during the past couple years.

One could say that this could be attributed to the launch of JetSuiteX, where the company focused on the short-haul market of fewer than 500 miles between major cities, allowing them to drive down costs and cut down the time spend at the airport. And while their one-way fares might be higher than your typical commercial flight, JetSuiteX makes up for it in service and convenience. But that doesn’t mean the company is throwing the gloves on its private jet business just yet. On the contrary, it’s planning to ramp up it even further, focusing on its ability to provide a luxurious experience for its more lucrative clients—including its jet card program.

That being said, how does its program stack up against similar offerings? Using the following criteria, we examine it further:

JetSuite’s jet card program leans more towards the deposit-dependent kind, as you may be able to choose the aircraft type of your liking as long as it stays within your deposit limit. The membership level comes in four deposit amounts:

Within these deposit amounts, you are able to lock in the hourly rates per aircraft and pay less than non-members. The jet card program currently accommodates three aircraft types: the Phenom 100, the CJ3, and the E135. Hourly rates are as follows:

It’s important to note that the hourly rates do not include FET or airport fees. That said, the fees may vary per airport requirements, and may include landing, parking, or repositioning fees. Fortunately, however, members do not have peak-day surcharges or restrictions, while non-members might need to pay a $300/hr surcharge.

All this considered, what additional services can you get when you avail of JetSuite’s membership program? For one, the company’s full suite of amenities across all services, including short flight times, one-way flight deals for as low as $536, free wi-fi, and an array of complimentary snacks and drinks. Aside from this, you can also get the following perks:

All this considered, JetSuite’s jet card program indeed manages to shape up as an affordable and convenient alternative for travelers who need to get somewhere quick yet comfortably. While it might be a tight ride if you’re sharing a trip with other members, the program nonetheless keeps to the JetSuite promise and is a wonderful treat for those wanting to try out private air travel for a special occasion.

Disclaimer: Jettly is in no way affiliated with JetSuite. JetSuite is a registered trademark of JetSuite and JetSuite Air.