You are here: Home / Private Jet Business / How to Increase Fuel Efficiency without Going over Budget on Your Private Jet Costs 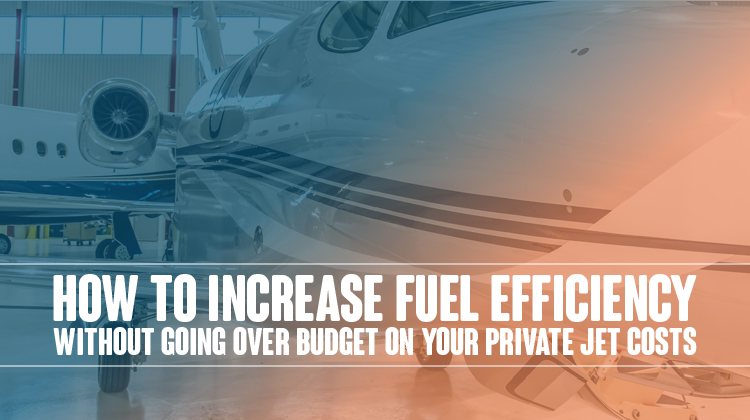 Among the different expenses of operating a private charter, fuel is one that takes up a large portion of the budget. To make things worse, fuel costs can fluctuate, and in many cases, short-term fluctuations aren’t reflected in the fare prices. All in all, management of fuel costs can make or break an aircraft operator.

Aviation companies, as well as government agencies like NASA, are still continuously trying to develop new technologies to make aircraft burn less fuel. Airbus, for example, is working on the A320neo family, a re-engine development of its highly popular A320 jets (‘neo’ stands for New Engine Option); the new engines will reportedly burn 16% less fuel. Boeing is also coming out with more fuel-efficient developments in the form of the 737 MAX (scheduled for first delivery in May 2017), with modifications to the airframe and the CFM International LEAP-1B engines.

For the meantime, however, most private jet charter companies – that probably won’t be working with these new and improved aircraft in the near future – will just have to try to maximize fuel efficiency using the aircraft they do have. Below we look at a few ways that this can be done.

The direct routing options you get with charter flights can mean a great reduction in your total flight distance, and in some cases save you hundreds of pounds of fuel.

Know your aircraft in and out.

Each airplane has an altitude “sweet spot” in which the engine is most efficient; in general, jets are more efficient at higher altitudes because of less dense air, which means less drag.

Jet aircraft perform and take off more efficiently in lower temperatures, so whenever possible, try to schedule flights at night or in the early morning when it’s colder. By contrast, hot and humid summer days can negatively affect their performance, so make sure to plan flight routes and refueling stops effectively.

Make sure your aircraft is well-maintained.

Proper maintenance of your airplane can ensure that it’s not costing you more fuel than necessary. A regular engine wash schedule, as well as making sure there are no gaps in the slat rigging, spoiler rigging, or door, can make a significant difference in your fuel consumption.

Weight is one of the biggest factors in determining fuel efficiency, so reduce weight in as many ways as you can without sacrificing comfort. Take note of this when furnishing your cabin, and make sure to take weight into consideration when selecting seating, furniture, and electronics. Some operators cut as much as 40lbs. by going with a “paperless flight deck.” You can also try to reduce weight in the supplies you bring on board, such as catering equipment and tableware.