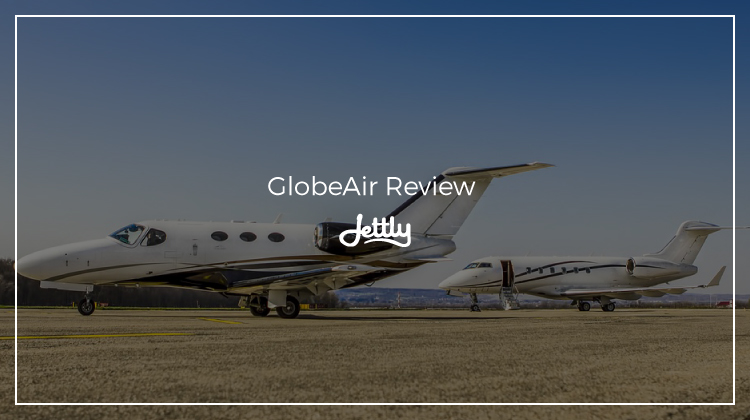 This week in jet card reviews, we’ll be moving a little farther from the American continent and head on over to Europe, where our next company is based. GlobeAir® is an Austria-based private jet operator which prides itself on being the first mover in the European air taxi industry, and one of the fastest-growing operators within the continent. Founded in 2007, GlobeAir’s areas of service are mainly Europe, the United Kingdom, and North Africa, and it currently holds the most number of Citation Mustang jets in its fleet.

Part of GlobeAir’s success could be attributed to its ability to find and service a niche market in Europe: very light jets. Bernhard Fragner, GlobeAir’s CEO, notes in an interview with Aviation Week how customers had previously utilized mid-sized jets to transport well under their passenger capacity. Most of their European patrons, after all, would prefer not to share a cabin with other passengers, noting how the cabin-sharing model prevalent in the US does not work within the continent. Thus, it isn’t uncommon to see aircraft like the Citation XL, and XLS fly one to two passengers, despite the size and the added expense that come with them. (In the article, Fragner notes that operating in an XLS with that capacity costs 30% more than a very light jet.)

With the 2008 financial crash, then, more European companies began to seek cost-cutting measures for some aspects of their process—particularly in aviation. And it’s this sweet spot where GlobeAir flourishes: with an extensive fleet of very light jets, they can both cater to this niche and cater to it well, as they have the advantage of guaranteed availability.

While GlobeAir is mostly known for its charter services, this time around we’ll be evaluating its jet card program to see whether it lives up to the company’s legacy. As per usual, we’ll be looking into it according to the following aspects:

As GlobeAir mainly services very light jets—particularly the four-seat Citation Mustang—its jet card program is deposit-dependent, and like most jet cards starts at 25 hours. Its offerings are as follows:

Fortunately, GlobeAir’s jet card program does not have a membership fee or annual dues as others may contain. The jet card operates by way of add-ons: services such as catering, de-icing, as well as schemes for cancellations and reservations can be upgraded for a price. In a sense, the program is flexible enough for you to customize your services whenever you please.

Also unlike most jet card programs, GlobeAir’s offering does not have peak days, keeping the rates relatively the same. However, if you find yourself traveling outside its base area, you might need to pay ≈$579.00 to ≈$2895.00 worth of surcharges. For this reason, it’s best to make use of this service if you’ll be traveling to and from the following areas:

All this said, GlobeAir’s jet card program seems very favorable regarding value for the price. Aside from no peak days and membership fees, it also has the following perks under its belt:

With its pricing and approach, it’s no wonder why GlobeAir continues to enjoy—and rightfully so—continuous growth and patronage throughout the years in Europe. But of course, like all other jet card programs, it’s best and cheapest when you utilize it within its area of service. Also, if you don’t travel with too many people regularly.

Disclaimer: Jettly is in no way affiliated with GlobeAir. GlobeAir is a registered trademark of GlobeAir AG.