You are here: Home / Luxury Hotels / Find Opulence and Comfort in the Taj Lake Palace 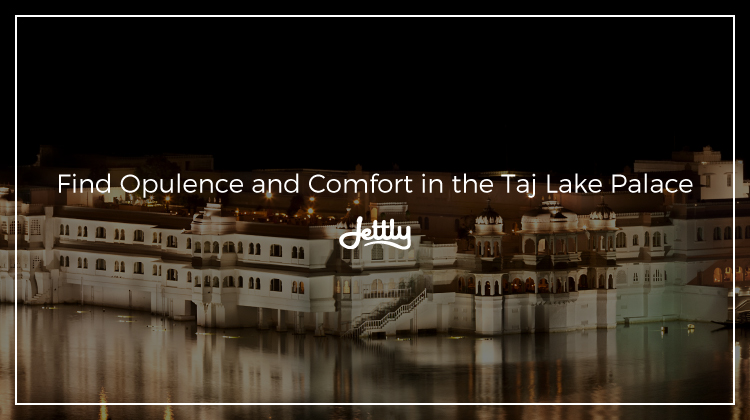 There is something quite mystical about Udaipur, one of India’s most beautiful cities. Dubbed the “Venice of the East,” one can find many a stunning architectural feat here among the placid, breathtaking lakes and lush greenery.

If you find yourself around the area, you might find yourself enchanted by the likes of the City Palace, where various intercultural influences inform its architecture. Or perhaps you’d be taken by the shops along the streets, where one can find eye-catching souvenirs and handicrafts. Such an elegant experience, then, can only be paralleled by an equally exquisite living arrangement.

The Taj Lake Palace is just that. Located on Udaipur’s Lake Pichola, the hotel looks as if it’s floating upon the water, a site that adds further to its allure. You get there by boat, something which lends to the mystique that shrouds it. And once you arrive, you’re sure to be blown away by every detail and bit of architecture.

That said, we take a closer look at what makes the Taj Lake Palace a place worth staying, as well as its cultural significance to the city.

Hundreds of years worth of history, preserved in time

What adds to the Taj Lake Palace’s allure, perhaps, is the fact that not much has changed with the structure.  Built between 1743 and 1746, the palace was created as a getaway during the winter under the Maharana Jagat Singh II, a successor of the Mewar Dynasty. Eventually, other successors would make use of the complex as a summer resort—very apt, as the palace’s structure was built to face the east so its residents could pray to the Hindu sun god, Surya.

Over time, however, the palace began to fall into a state of disarray due to the change in climate and wear over the years. Then, in the 1960s, Bhagwat Singh—one of the last Mewar dynastic rulers before India abolished royal titles in the 70s—refurbished the palace into a hotel with the help of architect Didi Contractor, known for her beautiful creations using sustainable materials. The Lake Palace would eventually garner its 5-star rating under Maharana Mahendra Singh, and in 1971 was turned over to the Taj Hotel Resorts and Palaces. Nonetheless, echoes of its history are still very much prevalent until now, like how the Taj Lake Palace’s Royal Butlers are descendants of the palace’s retainers. 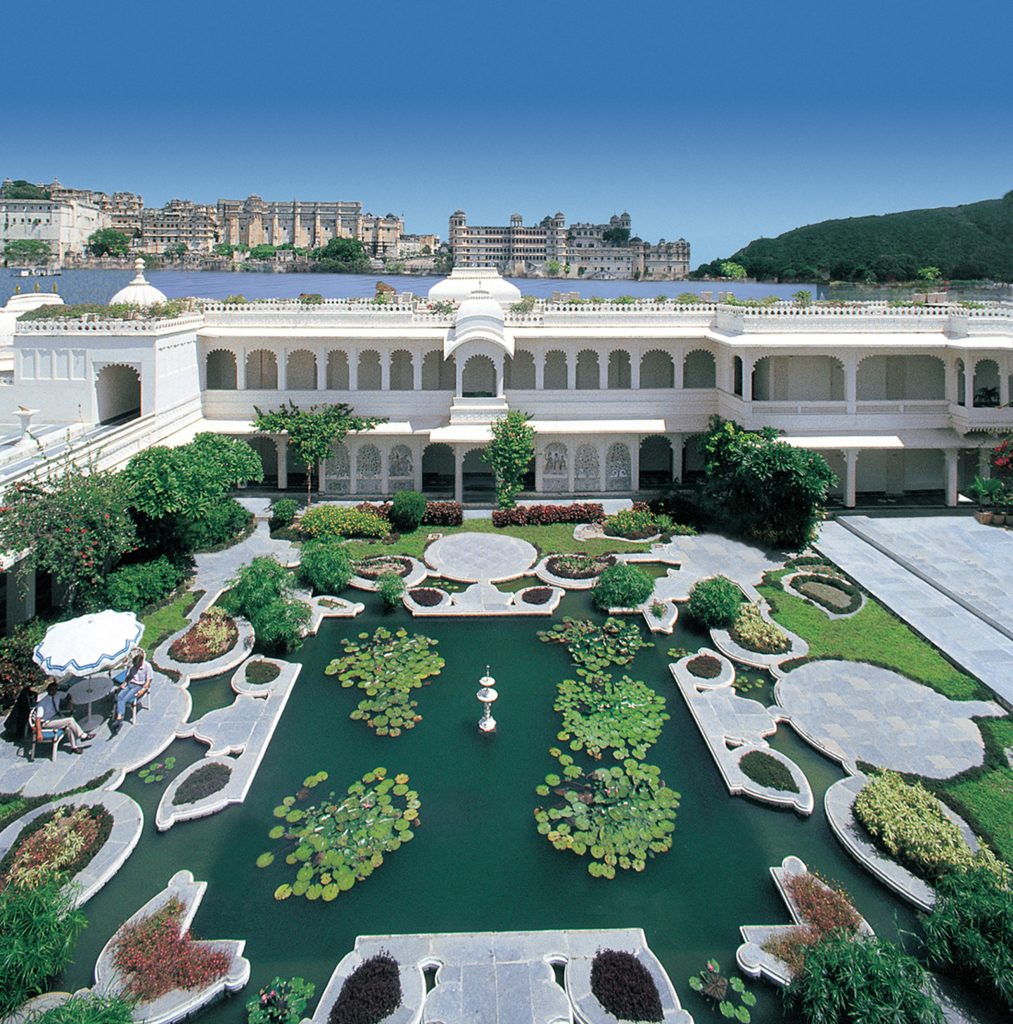 A beautifully romantic getaway, in every sense of the word

As mentioned earlier, you need to boat through Lake Pichola to get to the Lake Palace, away from the more populated areas within Udaipur. In a sense, you are getting away from a good portion of society as you head to your destination—and in doing so, you get treated to a beautiful view of the lake and its surroundings, giving you a unique look at Udaipur itself.

It just gets better once you step foot within the palace itself. From your arrival to the stay itself, every detail moves towards awe and romance. From the inlaid glass to the indoor pond, every part of the palace is a wonder both to the eyes and the senses, giving anyone who resides there a sense of luxury all throughout their stay.

It’s not easy to get a reservation at the Taj Lake Hotel; however, if you’re booking it in advance for a future celebration, we’ll make sure you get to it as fast and as comfortable as possible. Submit a flight request now and take one step towards that vacation of your dreams.