You are here: Home / Aviation Industry / Everything You Need To Know About NetJets 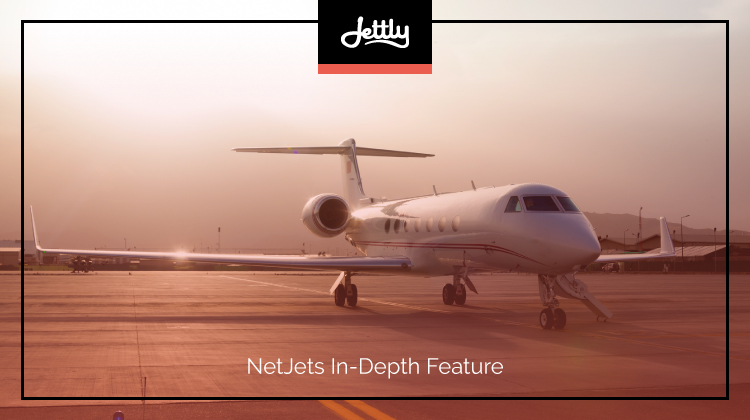 When talking about the private aviation sector, it’s impossible to speak about it without mentioning NetJets®—often considered as the company that started it all. And for a good reason: with over 50 years of experience in the industry, it’s been the first mover in many of its milestones, from democratizing private aviation to bringing in the concept of shared ownership.

For such an innovative organization, then, one would wonder how it had grown to this point. That said, we take a look into the history, services, and benefits that NetJets has to offer.

Before becoming the NetJets that everyone knows and loves, the company has been through a good number of iterations and acquisitions. To make things easier, here’s a quick timeline of the program’s highlights to help familiarize yourself with it:

Indeed, with a string of strategic services, turnarounds, and acquisitions, it’s no wonder that NetJets continues to remain strong despite all the financial difficulties that had plagued it prior. Now, however, the question is this: how good are NetJets’ services?

To answer the question of the usefulness and efficiency of NetJets’ services, we must first turn to the program that started it all. A revolutionary model back in the day, fractional ownership allows its customers to purchase a “share” of a fleet, which entitles them to the convenience and benefits such ownership offers. The term “fractional ownership” is explanatory in itself—you own a fraction of a fleet.

But with that being said, how does mainly a fraction of a fleet—as opposed to having one’s airplane or taking chartered flights—give you an advantage over other modes of private aviation? We break it down for you below:

All this said, how can you apply for NetJets’ fractional ownership program? Here are a few quick steps to get you started:

The Benefits and Drawbacks of The NetJets Fractional Ownership Model

Indeed, upon reviewing NetJets’ history and services, it’s no wonder why the company continues to be one of the top private aviation companies in the world. However, for the discerning buyer, an overall review might not suffice completely—it’s also important to examine both the advantages and disadvantages of each, and whether they’re up to one’s preferences. That said, let’s retake a look at NetJets’ fractional ownership model and see whether it still holds up:

Indeed, in some aspects, NetJets’ fractional ownership program has the inclusions to back the hefty price. A good part of its appeal stems largely from the convenience and easy customizability it can entail. However, for others—particularly those who don’t travel very often—it may be an expensive endeavor that may do more harm than good.

All this in mind, how does NetJets’ fractional ownership model fares against chartered flights? For the most part, it really depends on your travel style and needs. To break things down to something a little bit easier to understand, we’re going to divide them into the following aspects: travel frequency, flexibility, and price.

The NetJets Marquis Jet Card and its Costs

At a glance, NetJets’ fractional ownership seems to be the optimal choice out of the various private aviation options. But while it does have a lot to offer, it nonetheless has its share of limitations. For one, while it is still cheaper than full ownership or chartered flights over time, it nevertheless is still costly, mainly if you either use it too often or not at all. For another, like any other mode of ownership, you might run into some problems with the long-term commitment, such as limited flight flexibility or ability to opt out. We discuss this at length here.

Indeed, the jet card program had alleviated a good portion of the troubles that plagued the fractional ownership setup, in part thanks to the flexibility that it entails. Instead of consigning yourself to a 3-year contract that may incur penalties when terminated early, or left with a share with a low resell value, you instead are free to have up to 25 hours of flight time, with the additional benefit of purchasing extra hours when needed.

As for the particulars of NetJets’ jet card program, we talked about them at length here. However, here are some salient points:

What Exactly is a Private Jet Card, and when Does It Make Sense to Purchase?

The jet card program then seems like the perfect halfway point between fractional ownership and on-demand charters. But what really is a private jet card, and why purchase one if you could avail of other options? In this segment, we’ll explore this distinction briefly, and talk about when it’d be best to purchase it over different private aviation modes.

In a nutshell, the jet card is a type of shared aviation program that makes use of a debit card with purchased flight hours. However, some jet card providers might opt to price it according to aircraft size (like NetJets does) and translate it into flight hours after.

Often, these jet cards come in 25-hour increments, like the Marquis Jet Card. But depending on your provider and type of card, this can go beyond the 25-hour limit. They can also take on other names and be marketed as the following:

If you’re then interested in these kinds of arrangements, like with the Marquis Jet card, there are a few things you need to consider and look into before boarding the jet card train:

NetJets Alternatives for The Savvy Traveler

Indeed, after taking a closer look into NetJets’ history and services, it isn’t hard to see why it currently stands as one of the most iconic and well-loved of private aviation companies—a legacy it will no doubt continue to keep. However, that doesn’t mean that NetJets is everyone’s cup of tea. Some, for instance, might find it a little too pricey for their taste, particularly the company’s jet card program. Others might find the requirements of certain services a little too tedious for their liking. As discussed, the limitations of NetJets’ offerings are as follows:

With that said, what would be other alternatives to this for the travel-savvy? In a nutshell, most of the problems with both fractional ownership and NetJets’ jet card program mostly stem from the high price that comes with the following:

If you find yourself in the same situation, you might opt for something that pays on a per-trip basis, which allows you to freely choose your aircraft type. One such option is the on-demand charter, which operates on such tenets and effectively answers to these common limitations:

Is NetJets the Best Option for You?

With all this said, the question that remains now is this: is NetJets really the best option for you? And it can be if the options and price are right. We’ve discussed above both its fractional ownership and Marquis Jet Card offerings, each of which has their own sets of pros and cons. However, in the end, it really boils down to how much you’re willing to spend.

And if we were to compare the Marquis Jet Card program price-wise to a standard charter—particularly in the heavy jet category, as we made use of the G450 in the previous example—operational expense would equate to a whopping $14,556.00 per hour, as opposed to a charter’s $7,000.00/hour. And while this may include necessary fuel charges, there are still some additional fees you’ll have to pay on top of this, such as FET and fuel surcharge.

That being said, if you’re willing to cough up the money for the expenses needed for both fractional and Marquis, you might find yourself rewarded with the benefits NetJets has to offer. However, on a more practical note, on-demand charters are your best bet. And as mentioned earlier, with the right operator, you might even find yourself with a quality experience that can rival that of private ownership.

For the most part, quality often begets a price becoming of it, as each dollar covers every effort made to ensure that you have a world-class product or service. But in a time where economic fortunes are ever-changing, it’s becoming increasingly important to find more affordable options that do not compromise quality. While NetJets and its offerings may have the services and the price to boot, it can be harder to afford for the everyday middleman, which might be a disadvantage in a world where aviation has quickly become a need. But fortunately, on-demand charters are there to fill in that need, such as Jettly.

If you have any questions or need help making an informed decision for your individual needs, don’t hesitate to reach out to the team of flight success managers at Jettly.com. You can call us directly 24 hours a day 365 days a year at 1-866-448-2358, or you can submit a flight request online.

P.S. looking for a deal on private jet empty legs? Look no further.

Disclaimer: Jettly is in no way affiliated with NetJets. NetJets is a registered trademark of NetJets and Berkshire Hathaway.