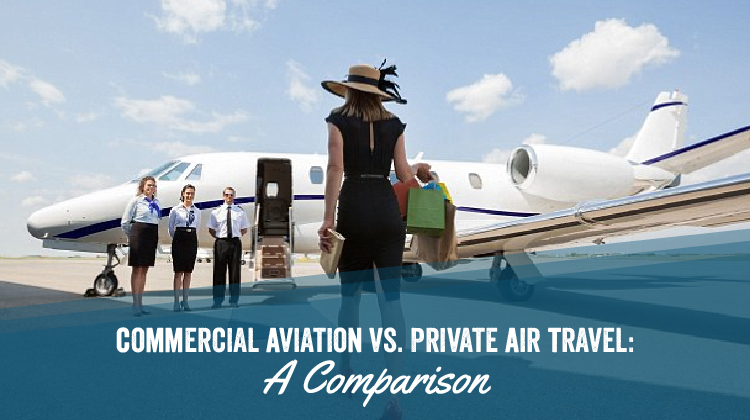 Consumers have never had more options when it comes to choosing how to get from point A to point B. With so much variety in travel choices, it’s no wonder that past prohibitively expensive options such as chartering a private jet can actually be cheaper than flying commercially. This rings true even more so for businesses.

In this study, we’ll be examining the benefits of traveling via private jet charter for a group of 3-5 corporate executives versus through business and first class.

Commercial air travel is the traditional mode of transportation for companies that need to send their executives across the country or the globe to do business in person. But it may surprise you just how much time is wasted going the commercial air travel route.

What’s more, enplaning and deplaning can take an extra 30-40 minutes per flight, depending on your aircraft. That again tacks on at least another 8 labor hours to the trip.

So far, taking a commercial flight has cost you 673.6min of labor costs just from delays and boarding the plane alone.

Enplaning and deplaning could easily be cut in half (at least) since the group is so small, saving you 4 hours. Private air travel, then, has already saved you 299mins in labor costs (at 374.6mins total in delays and boarding).

Here is where the numbers really start to come together. Below, we compare the average ticket costs for both commercial and private travel, as well as the added labor costs.

Chartering a private jet, on the other hand, can cost as low as $1200 per flight hour, possibly saving you $400 over business class and potentially thousands over first class.

For more information about private jet charter, or to book your private jet today, download our mobile app or contact Jettly now. We’re your source for easy air travel that works around your schedule.