You are here: Home / Products & Gadgets / Cartier’s Panthère de Cartier is Back and Better than Ever 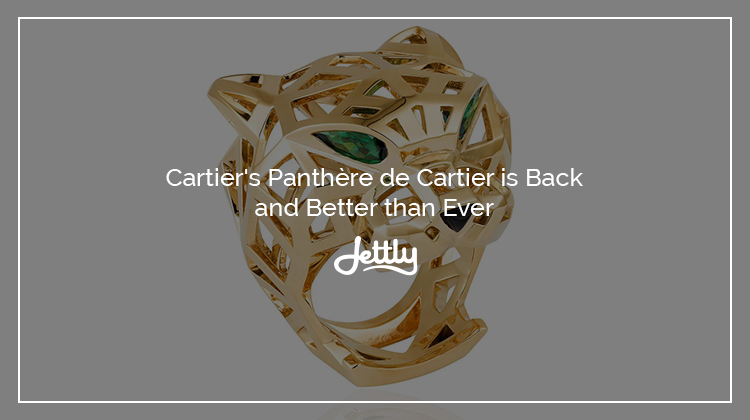 Cartier is one of the select luxury brands that have stood the test of time. Borne from a time of turmoil, its inventiveness and timelessness have continued to captivate those interested in the finer things in life. And for a good reason, too—over the years, the brand had been known for innovations like platinum jewelry and wristwatches, as noted in a history recap by The Gentleman’s Journal.

As with its legendary status, Cartier has also birthed many iconic styles and images. The panther, in particular, has served as the company’s symbol following a painting by George Barbier, Woman With A Panther. Hodinkee notes that Louis Cartier, who commissioned the piece, was so taken in by the panther that it eventually came to represent the brand soon after. Part of this was in no small part thanks to its Panther pieces, which would ultimately pave the way for the first Panthère de Cartier collection in 1983.  The series, however, was discontinued for a while until its recent kickstart back in 2017, which continues to enthrall and be a subject of admiration.

That said, we take a look at the relaunched line and see what makes it indeed a collection that shines: 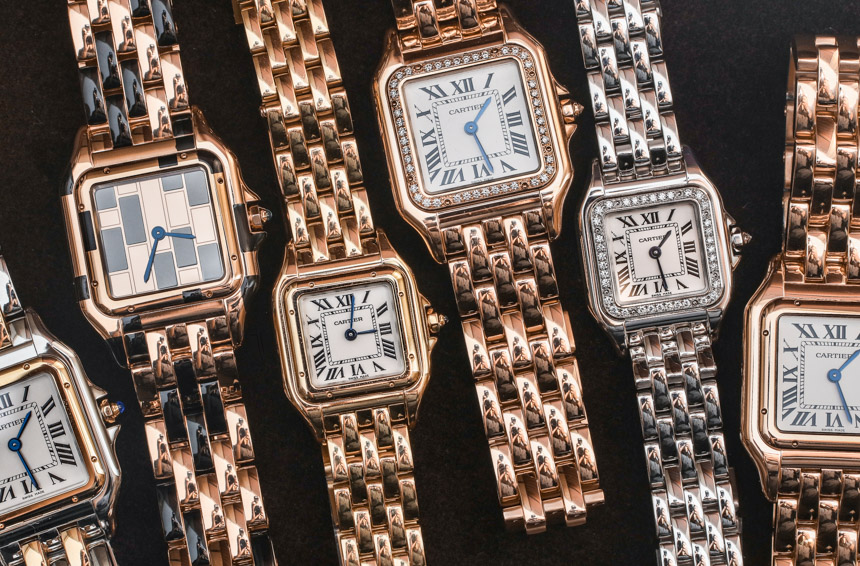 Catering to the modern generation

When reintroducing an iconic style or item, the idea of providing to modern sensibilities can seem like an uphill battle, if not downright heretical. But to no surprise, Cartier has managed to do so in a stylish way, while still holding on to the things that had made the first Panthère de Cartier outstanding.

This time around, the collection has opted to come in smaller sizes to cater more to the female demographic, as it comes in small and medium accordingly. It also seems much sleeker than its Santos Demoiselle counterpart, which is perfect for those who enjoy accessorizing. It still keeps its trademark link bracelet, albeit considerably longer, as it is where the Panthère gets its name from—supposedly resembling the “movement of a panther as it slinks through the jungle,” according to The Telegraph. The updates also help allow the new designs shine through, whether it’s the pink gold and enamel brick-like pattern watch or the jewel-studded paved white gold.

An intersection of the timely and the timeless

With the updates made to the design, there’s a certain freshness that’s breathed into the collection, making it fitting for the 21st-century woman without veering away from its roots. Panthère de Cartier’s newest incarnation then knits together a spectrum of sensibilities, bridging the divide between timely and timeless.

Aside from the watches, for instance, the collection also features an assortment of earrings, rings, necklaces, brooches, and bracelets bearing the likeness of panthers. Far from gaudy, however, they incorporate sleek, minimalist design choices that both blend and enhance the wearer’s features. One needn’t look further than the Panthère de Cartier ring in yellow gold, tsavorite garnets, and onyx. Or perhaps the Panthère de Cartier bracelet with similar finishes. The result is that each piece feels both fresh and familiar, and altogether an elegant showstopper.

Revel in the finer things with us

Luxury is something we like to afford all our customers when they ride with us, as well as when they’re out and about. Sign up as a member with us and get more updates on luxury goods straight to your inbox.