You are here: Home / Products & Gadgets / Be Sophistication Personified with the Oyster Perpetual GMT-Master II 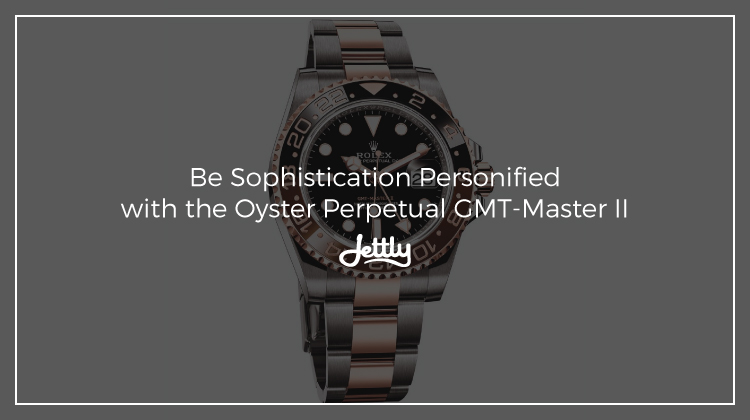 In the realm of luxury, nothing symbolizes it more than the Rolex watch. In some circles, being in possession of one is symbolic of one’s arduous wealth and affluence, a sign that they are part of the cultured elite. But aside from being a status symbol, some models also hold a much broader historical weight, being a testament to the exigencies of the past. Such is the case with the Oyster Perpetual GMT-Master II, based off one of Rolex’s most iconic models.

Sturdy, reliable, but with undeniable elegance, the GMT-Master II is indeed a gem of a watch, desired among the many aficionados. And with new variations of the model debuting during Baselworld 2018—one of which being a sleek creation of oystersteel—the whole world is once again entranced by its newfound appeal. That being said, we take a look at what makes the GMT-Master II click, from then until now. 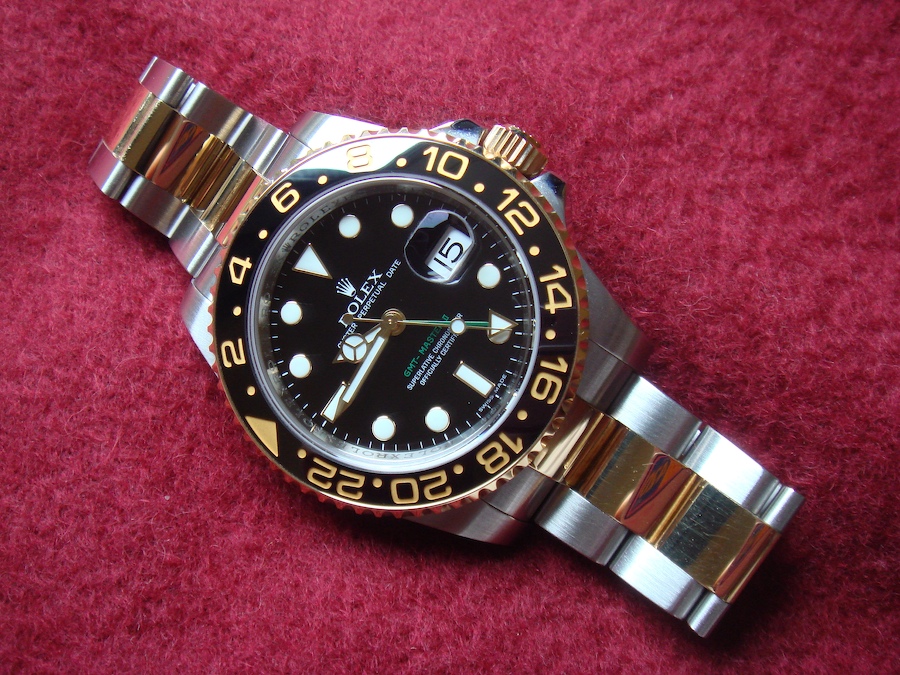 From the cockpit to first-class

Making its origins as a tool for airline pilots in the 1950s, the GMT-Master II was initially meant to conform to the Pan Am directive to combat jet lag. According to Senatus, pilots were advised to keep to their biological clocks, which were said to follow their home time zones.  For instance, if a pilot was flying in from the West Coast towards the Midwest, one could say that their bodies would follow Pacific Standard Time (PST) instead of Mountain Daylight Time (MDT) so they would need to maintain their circadian rhythm according to the PST.

Later on, the practice of logging in flight ops using the Greenwich Mean Time—or the GMT—became widespread within the industry, so to keep up with the demand to both maintain one’s circadian rhythm and following the GMT, Pan Am collaborated with Rolex to design a watch that could display two different time zones. The result, of course, would be the GMT-Master. The airline would then issue hundreds of the model to its crew, with other airlines following suit.

Proliferation into the mainstream and the rise of an icon

It was here that the iconic watch would become synonymous, like many other well-known luxury items, with aviators. But of course, as with the others, it would not stay in that market. As the design was presented as part of Rolex’s professional line, others would eventually get models of their own, drawn by its innovative and straightforward nature.

The key to it was the rotating bezel, which pilots could adjust to the appropriate “home” time frame, with the watch itself configured to GMT. Aside from this, the GMT-Master had an extra hand attached to the 12-hour hand which continuously made a full revolution every 24 hours. This was to keep to the 24-hour format. Eventually, to optimize the watch even further, the 24-hour hand became adjustable in 1-hour increments, which then allows the wearer to configure for 3 time zones all in all—one for the local time, one for GMT, and one for one’s preferred time zone. This, of course, was the first GMT-Master II.

Rolex’s latest version, to no surprise, has further improved on these mechanisms. Boasting of a “brand new movement, the new generation caliber 3285, and a new image” according to its site, the Oyster Perpetual GMT-Master II gives of a sleeker, refined look than other models and is much more efficient when it comes to mechanisms, effectively breathing in new life to an already established design.

Get more luxury news with us

You deserve only the best and choicest, so we give you the best of choicest—be it through service or luxury news. Get the latest updates then when you sign up for a membership. So what are you waiting for? Sign up now.