You are here: Home / Airlines / Asia Rising: Industry Updates in the Asia-Pacific Region 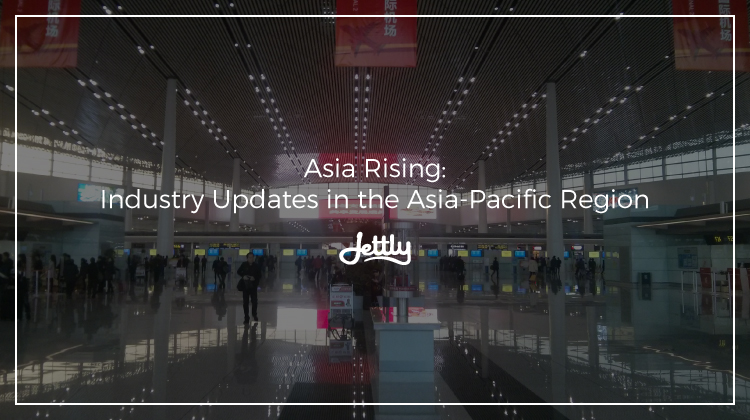 It’s been two weeks into November, and there have been some exciting developments happening in the industry—mainly, in the Asia-Pacific region. And with more flyers coming from the area, it’s not hard to see why. The BBC reported earlier this year that Asia was the “most dominant region for air travel,” spurned by “growing incomes, a burgeoning middle class and peaking working-age populations.” And with more travelers in a region, the more activity there is in their airports—along with more opportunities for their airlines to grow.

It’s something that’s been felt over the past few weeks, with various Asia-Pacific airlines renewing their fleets and a mature northeast Asian market being targeted for crossover narrowbodies. That said, we take a look at these developments and what they might mean for this growing region.

Recently, more and more Asia-Pacific airlines have pushed for the renewal of their fleets and are leaning more towards widebody orders, according to Aviation Week. Four airlines, in particular, have undergone exciting developments during the past weeks:

On another front, more crossover narrowbody manufacturers have been looking to East Asia as a key market, particularly Japan, South Korea, and Taiwan. Aviation Week notes that each country has a “propensity to travel,” particularly for business reasons, notes that the shift to East Asia could be spurred by the “increasing demand for low-cost travel.”

And with more segments coming up in each region, so have more opportunities for these aircraft to pick up on new orders.

Want to get the lowdown on the industry, but don’t have time to read lengthy articles? We’ve got you covered. Sign up as a member, and we’ll give you the content you need.